Every week we round up the biggest news items and gossip into one big post so you can be sure you’re fully in the know. Follow us on Twitter or Facebook for more to-the-minute updates or subscribe to the blog to ensure you get the weekly buzz! 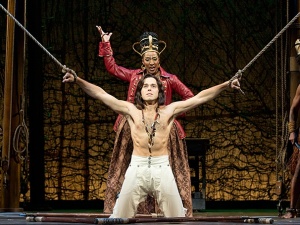 A new musical is now in previews on Broadway — Amazing Grace. Starring Josh Young, Erin Mackey and Chuck Cooper, directed by Gabriel Barre and featuring music and lyrics by Christopher Smith and a book by Smith and Arthur Giron, the show will officially open at the Nederlander Theatre on July 16! 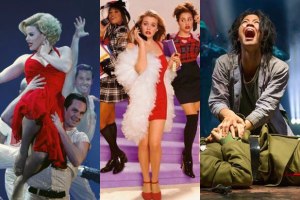 This week was filled with some more exciting announcements about shows in the works.

Following it’s sold out Actor’s Fund concert, Bombshell, the fictional musical featured in the TV show Smash may get a real Broadway production. Marc Shaiman and Scott Wittman, the gentlemen who penned the TV show are on board, as is choreographer Joshua Bergasse and executive producers Craig Zadan, Neil Meron, Steven Spielberg and Universal Stage Productions.

The second big announcement was that a new jukebox musical adaptation of the film Clueless is in the works. The book for the new musical will be written by Amy Heckerling, who wrote the movie, and helmed by Rock of Ages director Kristin Hanggi.

And finally, Daily Mail reported that producer Cameron Mackintosh may be looking to transfer the London revival of Miss Saigon to the Broadway stage. The sets will likely travel across the Atlantic, but there are no names attached to the Broadway production yet…

July 9:
Stomp
Wicked
It Shoulda Been You
Fuerza Bruta

July 30:
Matilda
On The Town
Les Miserables
The Fantasticks

August 13:
Mrs. Smith’s Broadway Cat-Tacular
Once Upon a Mattress
The King and I
Dames at Sea

Anthony Warlow (Annie, Die Fledermaus, The Magic Flute) will be taking over for Kelsey Grammer in Finding Neverland from mid-July through September 13, when Grammer will return.

And…Michele Lee and Fred Applegate will be joining the cast of Wicked on Broadway as Madame Morrible on July 5 and the Wizard on June 29, respectively.

One thought on “Buzzworthy on Broadway This Week”