It's hard to compete with Streisand. And though all of the critics give Beanie Feldstein accolades for her effort, they universally find that her child-like, strained and physical comedy-reliant performance doesn't live up to the original, nor does it make up for the mostly lackluster score (with the exceptions of a couple notable songs) and terrible, episodic script (that Harvey Fierstein's doctoring did not help at all). Director Michael Mayer simply did not tap the right people or figure out the right approach to make this show work. And ultimately, is this musical worth reviving at all without a Streisand at the helm? 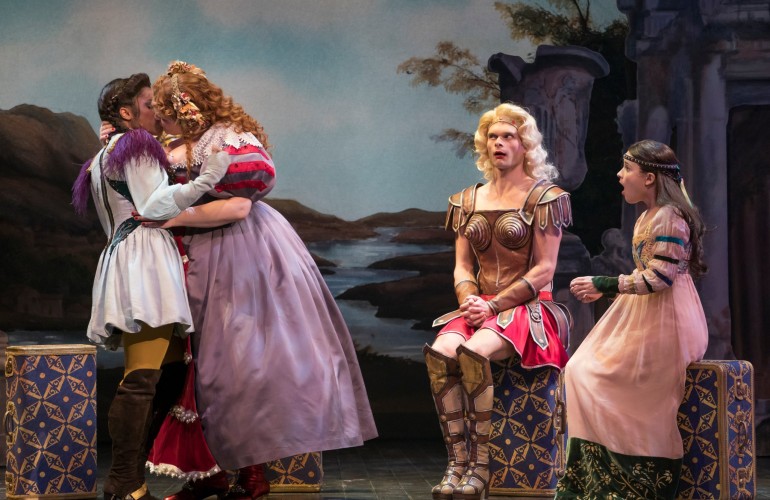 What do you get when you bring together the music of the Go-Go's, 16th century prose, and a star of RuPaul's Drag Race? Head Over Heels, apparently! The reviews are in, and while the plot of this centuries-bridging jukebox musical mash-up may be exhausting to follow, the laughs - and the affirming message - come easy.…

END_OF_DOCUMENT_TOKEN_TO_BE_REPLACED

And now for something completely different!  The reviewers give the Broadway premier of Hedwig and the Angry Inch two emphatic rock 'n roll horns and one long, outstretched Gene Simmons tongue.  Neil Patrick Harris owns the central role in this hard rock musical about the gender-mysterious lead singer of a German rock band.  His charisma,…

END_OF_DOCUMENT_TOKEN_TO_BE_REPLACED

The reviews for On a Clear Day You Can See Forever are in, and though they aren't the worst we've seen this season, they are nowhere near rave reviews. With some very intensive script-changes that throw gender-bending into the mix, critics found the new book almost as problematic as the original. The biggest upset was the…

END_OF_DOCUMENT_TOKEN_TO_BE_REPLACED

The reviews for the Green Day album-turned-musical, American Idiot, have come out and  critics were quite pleased with the production, with a few reservations. Some called it the best musical of the season (and even of the 21st century), while others were a bit more discerning - pointing to a thin plot covered up by…

END_OF_DOCUMENT_TOKEN_TO_BE_REPLACED

As I write this, I’m blasting Green Day’s 2004 “American Idiot” CD only because the cast album of their theatrical adaptation hasn’t yet been recorded. In both incarnations, the music is at once hummable and subversive, driving and spellbinding. I’m thrilled from the very start of Michael Mayer’s collaboration with Green Day frontman Billie Joe…

END_OF_DOCUMENT_TOKEN_TO_BE_REPLACED

Okay, okay so they may not have announced plans to take the show to Broadway just yet, but I just have to share this one: Berkley Repertory Theatre is premiering a stage adaptation of Green Day's Grammy-winning multi-platinum album American Idiot. Yes - album concept to stage a la The Who's Tommy. I personally adore…