The Michael Grandage-directed production of Evita, which opened at London’s Adelphi Theatre in June 2006 is officially heading to Broadway next year. Elena Roger, who starred in the West End production, will repeat her performance in the Broadway remount. Rumor has it that Ricky Martin is in talks to play Che, though this has not been confirmed.

Disney was apparently in talks with Billy Elliot‘s Stephen Daldry to direct a stage adaptation of Dumbo. Though he turned down the job, they’re still on the hunt for a new director for the musical. We can only hope Dumbo will fare better than some of Disney’s recent attempts to adapt their animated films for the stage (ie. The Little Mermaid, Tarzan). No names have yet been attached to this project.

A new jukebox musical called Unchain My Heart will be heading to Broadway on Nov. 7 this year. Featuring the music of Ray Charles and a book by Suzan-Lori Parks, casting for the production has not yet been announced. 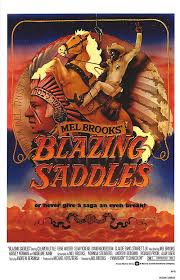 The Canadian Press is reporting that Mel Brooks is working on a musical adaptation of his  film, Blazing Saddles. Brooks has apparently already written two songs for the show though he’ll be taking his time bringing it to Broadway due to the “lukewarm” reception Young Frankenstein received.

Producer David Shor announced the creative team for the Broadway aimed Sleepless in Seattle – The Musical. Michelle Citrin, Michael Garin and Josh Nelson will serve as composers/lyricists, Jeff Arch (who co-wrote the movie’s screenplay) will be the show’s librettist and Joel Zwick will direct. The musical adaptation is hoping to make a Broadway bow on Valentine’s Day 2011.

Kristin Chenoweth will be singing the song “I Say a Little Prayer” in the revival of Promises, Promises. Though by the show’s composer, Burt Bacharach, the song was not included in the original production. Not exactly sure where they’re gonna put it, but I’m guessing it’s gonna be one of those where the guy behind you starts singing along…

Kelsey Grammer who is returning to Broadway in the role of Georges in La Cage Aux Folles, shared that he will take on the role of Albin six months into the musical’s run. In other casting news, the musical’s producers announced that Fred Applegate (The Producers, Young Frankenstein) will take on the roles of Edouard Dindon and M. Renaud in La Cage Aux Folles.

It may not even fit under this category anymore (though Julie Taymor is adamant that it will open this fall), but the big news is that Evan Rachel Wood, who was to play Mary Jane Watson in Spider-Man: Turn Off the Dark, has left the production due to “scheduling conflicts.”

Andrew Lloyd Webber’s sequel to Phantom of the Opera, Love Never Dies, opened to mixed reviews in London. The show is likely to undergo changes before heading to the Great White Way, so who knows what it will look like when it comes our way. Anyone here seen it on the West End?

Rumor is that Alice Ripley will be touring with the Next to Normal cast, which is exciting news for those who haven’t been able to make the trip to NYC! As to the Broadway replacement, producers are holding open Equity auditions. Wonder who they’ll find to replace her…

The new tribe for Broadway’s Hair has taken over and the OBC headed to the West End. Led by Diana DeGarmo, Ace Young, and Kyle Riabko, this American-Idol heavy group seems to be just as energetic and excited as their predecessors.

Mandy Gonzalez, who originated the role of Nina in In the Heights, will assume that of Elphaba in the Broadway production of Wicked at the Gershwin Theatre on March 23.

Catherine Zeta-Jones and Angela Lansbury are leaving A Little Night Music on June 20 but the show will run through through Aug 29. It will be interesting to see who ends up stepping in for the last couple of months and if the show will last after its stars’ departure.

Karl Kenzler and Megan Osterhaus joined the Broadway company of Mary Poppins on March 1 in the roles of George Banks and Winifred Banks, succeeding Jeff Binder and Rebecca Luker.

The album for the current revival of A Little Night Music, starring Catherine Zeta-Jones and Angela Lansbury, will be available on April 6. It is now available for pre-order.

The cast album for Andrew Lloyd Webber’s Love Never Dies is now out in stores.

And the cast recording for The Addams Family, which opens on Broadway on April 8, will be available in June 2010.

The DVD and Blue-Ray version of Nine will be available in stores on May 4. It is now available for pre-order.