In an effort to bring you more Broadway news, we’ll be adding a new feature to the blog: Buzzworthy on Broadway This Week. Every week we’ll round up the biggest news items and gossip into one big post so you can be sure you’re fully in the know. Follow us on Twitter or Facebook for more to-the-minute updates or subscribe to the blog to ensure you get the weekly buzz!

Even though we’re awards-free this week, it’s been a busy one for various announcements and rumors. Here are this week’s highlights:

Doctor Zhivago to get a cast recording

The short-lived Doctor Zhivago, the show that shuttered after only 23 performances, will get an official cast recording. The CD is scheduled to hit stores on July 31. Pre-order your copy of the cast album today! 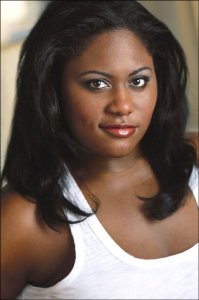 Danielle Brooks joins the cast of The Color Purple

Producers for The Color Purple announced on Wednesday that Danielle Brooks, best known for playing Taystee on Orange is the New Black, will make her Broadway debut as Sofia this winter.  She will join Jennifer Hudson and Cynthia Erivo in the remounting of the Menier Chocolate Factory production when it hits the Great White Way. Directed by John Doyle, The Color Purple will begin previews on November 9 and open on Dec 10 at the Bernard B. Jacobs Theatre. Tickets go on sale on July 2!

RUMOR MILL: Colin Firth may be Broadway’s next Henry Higgins…

Page Six reports that James Nederlander Sr. said that a revival of My Fair Lady is on: “New generations never saw it. Colin Firth is already set. The female isn’t cast yet.” Would you see Firth take on Henry Higgins? Who do you think should play his Eliza?