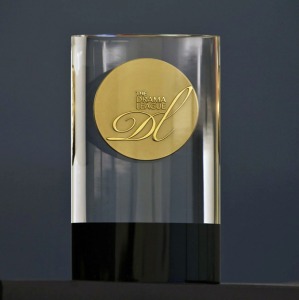 The 2014 Drama League Award winners have been announced and again A Gentleman’s Guide to Love & Murder and Hedwig and the Angry Inch took home prizes. Congratulations to this year’s winners!

The winners are marked below with

OUTSTANDING PRODUCTION OF A BROADWAY OR OFF-BROADWAY MUSICAL

A Gentleman’s Guide To Love And Murder
After Midnight
Aladdin
Beautiful: The Carole King Musical
The Bridges of Madison County
Bullets Over Broadway
Fun Home
Murder For Two
Rocky

OUTSTANDING PRODUCTION OF A BROADWAY OR OFF-BROADWAY PLAY

All The Way
All That Fall
Casa Valentina
Domesticated
Mothers and Sons
Mr. Burns, A Post-Electric Play
The Open House
The Realistic Joneses

OUTSTANDING REVIVAL OF A BROADWAY OR OFF-BROADWAY PLAY

The Glass Menagerie
The Cripple of Inishmaan
Good Person of Szechwan
The Mutilated
Of Mice and Men
A Raisin in the Sun
Twelfth Night, or What You Will
Waiting For Godot

OUTSTANDING REVIVAL OF A BROADWAY OR OFF-BROADWAY MUSICAL

The Drama League also wishes to acknowledge the previous recipients of the Distinguished Performance Award who appeared in New York productions this season. As the Award can only be won once in a performer’s lifetime, they are ineligible this season. Their exemplary work, however, is recognized and applauded.

Barbara Cook in recognition of her contribution to the musical theatre.

UNIQUE CONTRIBUTION TO THE THEATRE

Key Brand Entertainment/Broadway Across America for their vital work of bringing New York productions to theaters across America.

FOUNDERS AWARD FOR EXCELLENCE IN DIRECTING

PLEASE NOTE: The Roundabout Theatre Company production of Cabaret received The Drama League’s Outstanding Revival of a Musical Award in 1998, during its original engagement. Therefore, it is ineligible for a production nomination this season. However, it was determined that the cast of the production would be eligible for consideration.